“Be different” isn’t just an expression —
It’s our mantra at Mawicke & Goisman, S.C.

Our team of attorneys and legal professionals help business succeed!

Read on to learn more on how and why we do it. 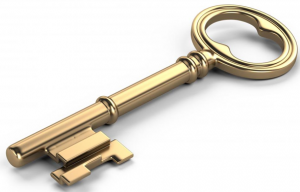 A ruminating sage once pondered: “If Eleanor Roosevelt could fly, would World War II have ended any sooner?” And after further thought, we believe this to be the most descriptive statement that can be made regarding the current practice of law in the United States of America.

The historians in our firm find this question fascinating from the academic perspective because of the literally limitless arguments that can be made with no chance of being proved wrong. However, the realists of the firm find the question frustratingly irrelevant, to say nothing of a nonsensical waste of time.

Now, close your eyes and remember the last major meeting between you and your lawyer, or between a client and the lawyers in your firm. Chances are it contained limitless arguments made concerning the issue at hand with little chance of anyone being proved right or wrong. Additionally, chances are the client found it frustratingly irrelevant and an annoying waste of time.

Hence the use of the “If Eleanor could fly” euphemism to describe the valley into which the practice of law has fallen. Our firm’s response to those who continue in this folly can best be summed up by a quote from the Kenneth Roberts’ book titled Rabble in Arms:

“In the beginning I must say that this is no book for those who swear by old wives’ fables, holding all Americans brave, all Englishmen honorable and all Frenchmen gallant. It cannot please such innocents as are convinced that men in public office always set the nation’s welfare above their own, nor those who think all soldiers patriots. It will disappoint the credulous who cherish the delusion that patriotism burns high in every breast in the hour of a country’s peril. In it there is scant fare for romantics who wish to hear how courage and ability bring greater recognition than mediocrity and bluster, how virtue always triumphs, and how cowards meet a fitting retribution. Those who crave such poppycock must turn to fairy tales for undeveloped minds; for I am obliged to deal with facts and write what I conceive to be the truth.”

We believe that the “information” found in the Home Pages of our brethren tends toward the poppycock and we would rather not have as clients those that crave such. So you will not hear how educated and brilliant we are, how hardworking and sincere we are, nor how honest and diligent we are. My goodness, we have suffered seven years of higher education, formed a law firm and gathered a whole bunch of clients who have thought enough of us to retain our services and allow us to feed our families. Do we really have to dispel the rumor that we are really unscrupulous con-artists who prey on the weak?

Do you see what we mean by poppycock and the veracity of such conventional wisdom as pointed out by Mr. Roberts?

Now for the bombshell: you have to understand that there is nothing new to being a “lawyer” as that term is used in western civilization. There are just varying views. A business attorney returned from Zurich, Switzerland after closing a large acquisition and reported that he received an interesting compliment from the Swiss lawyers involved on behalf of the seller and bank. They told him it was a pleasure doing business with us because, unlike the rest of the U.S. law firms that they had come in contact with, we just wrote down what the clients had laid out as the deal, closed it and told the clients that if they had any problems to call us. We asked “how are we different from other U.S. firms?”

We were told that other firms listen to the deal that is being proposed, spend an inordinate amount of time thinking of each and every possible way that the deal can go wrong, and then draft proposed solutions to the supposed problems. Our response is that this is not the practice of law but a pointless consideration of the “If Eleanor Roosevelt could fly” question.

To put it another way, let me spin one final yarn. One of our real estate lawyers was working with the general counsel for a leading life insurance company on a large retail development. He was told during a heated discussion over entity choice: “I am not interested in whether or not this deal closes, I am interested in making sure that it is not my fault when it blows up in our face.”

Ah yes, the image of that conscientious, honest, hardworking, caring and efficient lawyer we read about comes readily to mind. To which, of course, we say “poppycock.”

Well, by now you realize that we have an “attitude” which is not common: we do not sell poppycock for undeveloped minds and we try to put some humor and enjoyment into the practice of business law.

We think you will like our price, but to find out if you like our product you will have to try us. What have you got to lose but Eleanor Roosevelt’s wings and a whole bunch of poppycock? If you’re interested, call us.

Thank you for your time.